Your Very First Exam And The Butterfly Effect 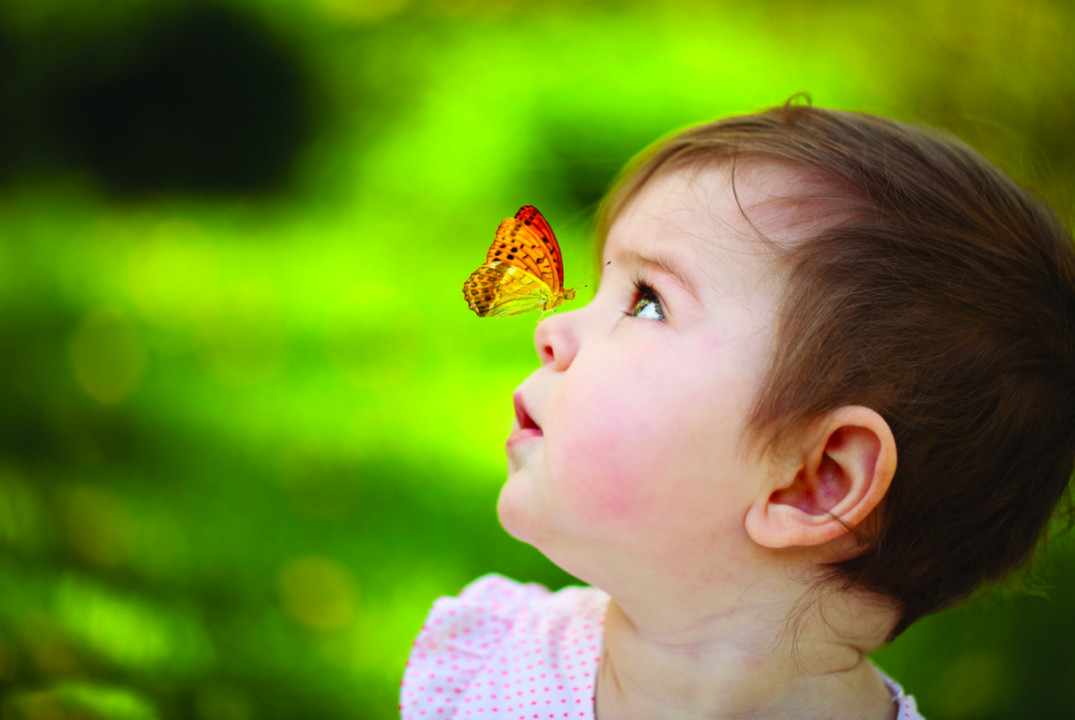 I like the idea that everything matters. That each of us – through the work we do, through even our seemingly inconsequential interactions – has an impact on others. And furthermore, that it’s not just the work we do, but that our efforts and intentions matter too. That may seem like a soft argument, but it’s actually an easy one to validate for ourselves. Think about it, we’ve certainly all been inspired and impacted by people who fought tirelessly and valiantly, whether it was for a just cause or against an illness, even if they lost the battle in the end. History is full of such examples that inspire and motivate.

And given the construct that what we do impacts others, it follows that the results from what we do either fall on the contributing side or the negative side of this “impact ledger.”

Here’s something else that’s important to understand. It’s often very difficult to predict just how much good might come from our efforts. What we may regard as a seemingly minor suggestion – may just provide that first critical spark necessary to ignite a new way of thinking. Or our lending a hand may just be one more drop in a necessary sea-change towards a fundamental societal shift. But in either scenario – it matters.

The concept that small causes can have large effects is often described as the “butterfly effect.” The concept originated in the early 1800s, and was advanced by both Ray Bradbury in his fictional writing, and by Edward Lorenz within the science of meteorology. The term was coined by American scientist and meteorologist Lorenz to describe how seemingly small things can have a huge impact.

This was evidenced mathematically, when Lorenz was using a computer model to determine weather predictions. When he entered an initial condition of 0.506 rather than the precise value of 0.506127 – the resulting weather prediction model was astoundingly different.

(Of course it’s also difficult to predict how much harm can come if our contributions are on the negative side of the ledger, but let’s focus on the positive.)

Here’s one story about how a seemingly very simple and small idea actually had big consequences – AND… it involved you. Chance are you don’t even know this story, but it’s true.

It begins with the person who was responsible for your very first exam (actually, your first two exams). And then how your exam results were then used as another drop in an ocean of data to bring clarity to previously unseen and unknown insights – which have since been credited with saving the lives of tens of thousands of babies every year in the U.S.

Allow me to introduce you to the person responsible for your very first exams. Her name is Virginia Apgar. She was a woman of integrity and persistence. Of intelligence and character. She had your best health in mind. And Virginia Apgar always strove to make contributions on the positive side of the ledger.

Apgar was born in 1909. The world was a very different place. Henry Ford had just introduced the Model T, the Morse code distress signal or SOS (· · · — — — · · ·) (three dots, three dashes, three dots) had recently became the worldwide standard and the first boxes of Crayola Crayons were just a few years old.

There was also significant sexism and racial inequities.

Fortunately for you, Virginia Apgar didn’t let the sexism and inequities of the day slow her down.

Apgar was an active child, did well in school and loved music. Perhaps because her father died from tuberculosis, and because her brother had health issues, Apgar decided to become a doctor.

She went to Columbia University College of Physicians and Surgeons in 1933. Due to the fact that no university would provide her with a scholarship or financial aid because she was a woman, Apgar graduated with substantial debt – even though she was fourth in her class.

Upon graduation, her advisor explained to her that it’d be difficult for her to succeed as a surgeon since there were basically no other female surgeons and patients would be unlikely to choose her. So he encouraged her to study the newly emerging field of anesthesiology, explaining that she had the “energy, intelligence, and ability needed to make significant contributions in this area.”

It was a difficult decision, but Apgar thought the idea made sense.

During her work at Columbia University College of Physicians and Surgeons, Apgar observed there was no adequate means of assessing the overall health of newborn babies. There were of course some obvious indications, such as if the baby was breathing or pink, but there was not a standardized means of consistently scoring the baby’s health.

Apgar decided a simple yet comprehensive system was needed, and she came up with a rating system to quickly assess the health of newborn babies. The system involved five parameters: skin color, heart rate, reflex irritability, muscle tone and respiration. Each characteristic was then scored a 0, 1 or 2.

Perhaps not surprisingly, the idea was met with resistance, yet it was grudgingly put into practice where she worked. The aggregate score, which could range from 0 to 10 – was both simple and effective. The exam and scoring was done at one minute and five minutes after the baby was born.

The rating system and the one minute and five minute examinations spread to other hospitals throughout the U.S.

A few years later, as an intern using the methodology at a hospital in Denver came up with an acronym for the practice that used her name APGAR: Appearance (skin color), Pulse (heart rate), Grimace (reflex irritability), Activity (muscle tone), and Respiration.

The Apgar score, as it became known, was used at 1 minute after birth and at 5 minutes after birth. The scoring became ubiquitous in hospitals throughout the United States and indeed around the world.

As physician Atul Gawande wrote in The New Yorker, “The score was published in 1953, and it transformed child delivery. It turned an intangible and impressionistic clinical concept—the condition of a newly born baby—into a number that people could collect and compare. Using it required observation and documentation of the true condition of every baby. Moreover, even if only because doctors are competitive, it drove them to want to produce better scores—and therefore better outcomes—for the newborns they delivered.”

What’s more, when the two scores for 1 minute and 5 minutes were aggregated into hundreds of thousands of other numbers – physicians and healthcare analysts were able to clearly discern trends that previously had been hidden. The numbers gave meaningful insight into the health of the baby, and if the baby was in danger.

You were one of those babies.

The data showed physicians with statistical significance how the health of babies varied depending on what anesthetics were used or not used. This in turn led to significant insights and changes in neonatal practices.

As Dr. Gawande wrote, “If the statistics of 1940 had persisted, fifteen thousand mothers would have died last year (instead of fewer than five hundred)—and a hundred and twenty thousand newborns (instead of one-sixth that number).”

Virginia Apgar was both honest and tenacious in her quest to improve healthcare, and without ego. She always made it a habit to carry a pocketknife and tubing in her purse, in case someone needed an emergency tracheotomy. She said nobody was going to suffocate in her presence.

Once, after one of her patients died following surgery, Virginia feared that perhaps she mistakenly clamped a vessel during the surgery that could have contributed to the patients demise. Although Virginia didn’t have permission, she snuck into the morgue, reopened the closed incision and saw that she had in fact ligated the vessel in question. Virginia immediately reported what she discovered to the chief of staff. Learning was of paramount importance to her, and she steadfastly pursued improved patient outcomes.

Years later, after she worked tirelessly building the anesthesiology division, it was decided that it would become a stand-alone department. And the director of that new department was given to a man.

But Apgar took what must have certainly seemed like a slight in stride and continued forward. She then got her Master of Public Health degree from Johns Hopkins University in 1959.

She published over 60 journal articles, wrote a popular book with Joan Beck entitled “Is My Baby All Right?” and assisted in delivering nearly 20,000 babies. 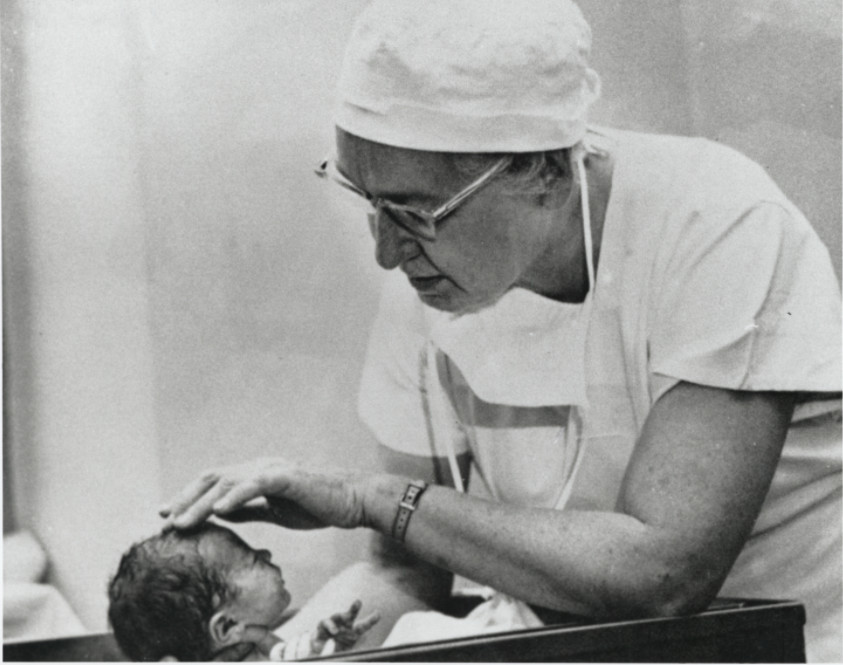 So, thanks to Virginia Apgar for creating the Apgar test. And thank you for taking the exam (twice) and contributing the data that continues to help save tens of thousands of lives a year.

Turns out, seemingly small things can have a huge impact. Just ask any baby. 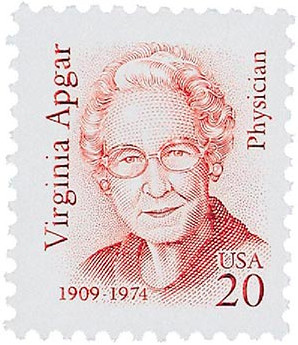