Why You Should Speak Up 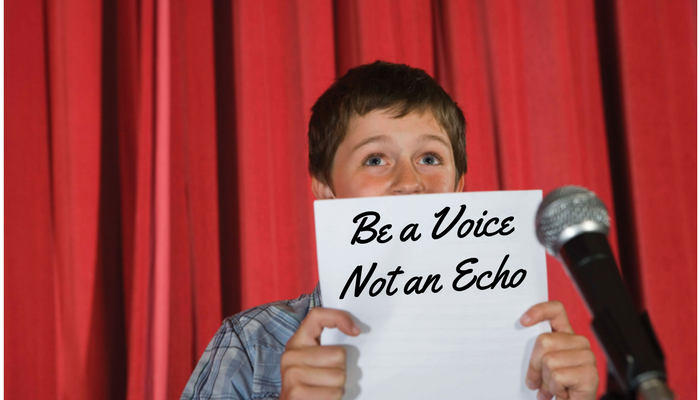 This is a story about a man named Robert Ebeling. He acted heroically.

Mr. Ebeling had the integrity necessary to express the facts, and the courage to do what was right. Even when it was really difficult.

The CEO made a fist and slammed it on the conference room table. His face was red. Then he yelled, “Goddamn it Triumph! Don’t bring that up again.”

A few weeks later I was fired.

At the time, I was working for a medical device company that dominated the industry with a +70% global market share, and I was explaining (again) the product development roadmap. Specifically, the necessity of completing the development of the next generation product. It was a leapfrog product, and the frog we were hopping was ourselves.

We were having difficulties with the development (new materials weren’t passing life-cycle testing), and it was during such a set-back when I was making the case to carry-on. Meanwhile, the CFO and his accountants were advocating killing the effort. One of them said (and I swear this is true), “The company hasn’t had a new product for ten years, and we’re doing just fine – so we don’t even need a new product.”

So, I was let go just a few weeks after that occurred.

It was decades ago. It still kind of hurts if you want to know the truth.

Some years after my departure, and with having still not launched a new product – the company was reorganized and they eventually completed the product development effort described previously. In fact, the same head of R&D who originally patented the design, and was in the conference room for my chastising, was still there. I’ve always affectionately called him “the Professor,” and his leapfrog design still dominates the industry and generates a few hundred million dollars annually.

Here’s what you already know, despite the +70% market share the company had (or even if you have 100% market share), the world has a way of changing and competitors have a way of competing. Progress isn’t always (ever?) a direct unimpeded swagger into the future. So it’s pretty obvious that a company needs to continually be improving its products.

But at the time, evidently some people wanted to do what in the short-term must have seemed easier.

No heroism on my part. Just a conviction to advocate professionally what I believed was best for the company.

I stood up. I got fired.

Mr. Ebeling is a hero. Though like a lot of heroes, he certainly did not think of himself as such. In fact, for much of his life he thought he was a loser. He said so himself.

Robert Ebeling was born in 1926. Maybe because his dad was a car mechanic, Ebeling had an affinity for mechanical things, and after several years as an infantryman in WW II, he got a degree in Mechanical engineering from California Polytechnic State University in 1952.

After graduation, Ebeling moved to San Diego and worked for an aerospace company called Convair that made the first Atlas rockets used in Project Mercury – the first U.S. human spaceflight program. He then joined a company called Thiokol in 1962, and eventually became the manager of ignition systems for the solid rocket boosters used for the space shuttle.

On January 27, 1986, twenty-six years after joining the company – which by then was called Morton Thiokol, Ebeling gathered data and along with several of his fellow engineers argued passionately with their bosses and with NASA management that the Challenger launch scheduled for the following day be cancelled.

The problem they believed, was that the atypical cold temperatures that were then occurring in Florida would prevent the O-rings from properly sealing the rocket booster joints.

They argued for hours that because of these conditions, a potential catastrophe was very possible.

But politics and pressures resulted in their being overruled by their managers and by NASA, and the lift-off was allowed to continue as planned despite the cold overnight temperature of 18 degrees.

That next morning on January 28, Ebeling drove to work to watch the shuttle launch from a large projector TV screen. He took his daughter to work with him that day. He was sick with fear, and during the drive told his daughter, “The Challenger is going to blow up. Everyone’s going to die.” His daughter Serna recalled, “He was beating his fist on the dashboard. He was frantic.”

Watching the launch, shortly after what appeared to be a successful liftoff, a fellow engineer told Ebeling, “We’ve just dodged a bullet.”

But, that was not the case. Just a minute later the O-rings failed and the Challenger erupted into flames and exploded. All seven crew members were killed.

Ebeling broke down and began sobbing, and in some ways never recovered from the tragedy.

“I’ve been under terrible stress since the accident. I have headaches. I cry. I have bad dreams. I go into a hypnotic trance almost daily.”

For decades he suffered with guilt.

On the 30th anniversary of the event, in January of 2016, Ebeling told an NPR interviewer that, “I think this was one of the mistakes God made. He shouldn’t have picked me for that job. I don’t know, but next time I talk to him, I’m going to ask him ‘Why? You picked a loser.’”

Hundreds of people who heard the broadcast wrote him letters of encouragement and understanding. Ebeling’s old boss at Thiokol called to tell him that, “He was not a loser, that a loser was someone who has a chance to act but doesn’t, and worse, doesn’t care.” His old boss went on to explain that, Robert “really did do something.” “If he had not called me, we never would have had the opportunity to try to avert the disaster. They would have just gone ahead with the launch. At least we had the opportunity to try to stop it.”

Work is usually not a matter of life or death. In fact, for most of us what’s at stake doesn’t even compare to flying a rocket into space. But that’s not an excuse for abdicating your voice. For not doing your best or sharing what you know. For looking the other way and “hoping for the best.”

It often takes courage to speak up. And it’s often important.

“Our lives begin to end the day we become silent about things that matter.”

As it turned out, Ebeling said all those letters of encouragement following his NPR interview greatly helped relieve his pain. “You helped bring my worrisome mind to ease,” he said. “You have to have an end to everything.”

And just a few months after his 30-year anniversary interview on NPR and after receiving all those letters, Robert Ebeling died.

One of the listeners to that NPR broadcast was an engineer named Jim Sides. Sides said, “Bob Ebeling did his job. He did the right thing, and that does not make him a loser. That makes him a winner.”