The Woman Whose Magic Is 5X Stronger Than Steel 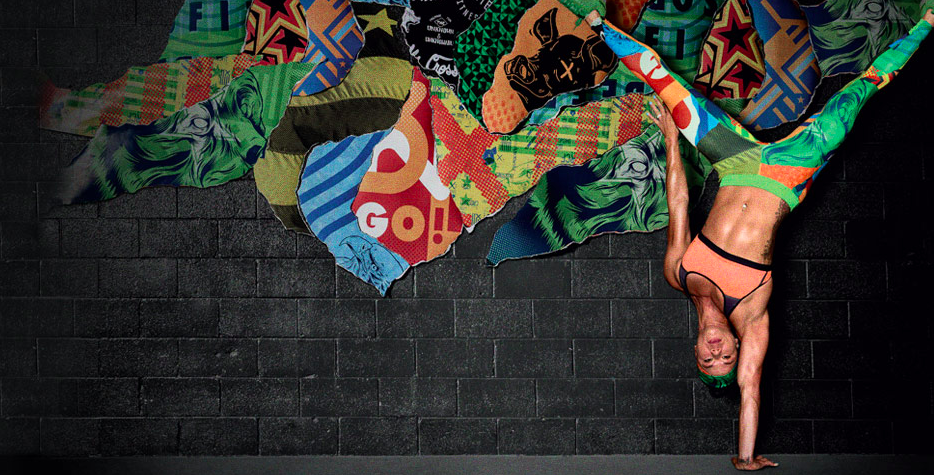 “Any sufficiently advanced technology is indistinguishable from magic.” – Ray Bradbury

Every kid in the 5th grade class saw the magic happen. Their teacher had invited a guest visitor into the classroom that day. The guest was an elderly woman, and she captivated the student’s attention like a virtuous sorceress holding court.

Her name was Ms. Kwoler, and it was apparent to the students when she entered the room, that she was wise and kind. Ms. Kwoler began by sharing memories from her childhood, many years in the past, when she herself was the age of the students. Ms. Kwoler spoke of her interest in nature and exploring outdoors. She spoke of being curious.

And while she was talking, Ms. Kwoler had beside her a glass beaker containing a mysterious liquid.

The kids listened intently, and leaned forward to get a closer look at the magic that was about to happen.

Picking up a glass rod that was about the size of a pencil, and using it like a magic wand, Ms. Kwoler carefully extended it into the beaker and gently touched the surface of the liquid. Then, she slowly lifted the rod up from the liquid’s surface. And… a long continuous rope began to emerge from the liquid.

And it didn’t happen in a flash, or with puff of smoke. The transformation from a liquid into rope took place in a more astounding manner. It happened s l o w l y. And, inch-by-inch the rope emerged from the liquid under the observant gaze of the students. The growing length of rope was slowly wrapped around a spool.

Ms. Kwoler was like a sorceress leisurely pulling one rabbit after another from a glass container.

The grade-schoolers were wide-eyed at the magic. And rightly so.

The feat Ms. Kwoler demonstrated that day has saved thousands of lives, is used in thousands of products and in dozens of industries. The rope she created from the liquid is used in automobiles, ships, consumer products, building material, tires, bridge reinforcement, armored vehicles, and even in space flight.

Born in 1923, Stephanie Kwoler was raised outside Pittsburgh, and grew up with a genuine love of nature that she attributed to her father, who was a naturalist. She also had a strong interest in fashion and fabric design, which she credited to her mother.

With the intent of becoming a doctor, Stephanie completed her Bachelor of Science degree in chemistry from Margaret Morrison Carnegie College in 1946. Needing to earn money before she was able to continue with her medical degree, Kwolek made the pragmatic decision to get a job in the chemical industry for a couple years.

At the time, the country was fighting WWII, and there was a resulting shortage of men at DuPont. The company needed talented resources, so Kwolek was interviewed there by a gentleman named Hale Charch. Charch was duly impressed, and explained that the hiring process typically took a couple weeks before an offer would be formalized.

Believing DuPont to be a place wherein she could make a contribution, Kwolek politely informed Charch, that if in fact he wanted to hire her, DuPont should be prompt since she was considering another offer. Charch typed up the job offer while she waited.

It was a good move for all concerned. Kwolek found the research and applied chemistry work at DuPont to be of great interest, and she decided not to pursue a career as a physician.

After several years, and with the anticipated looming shortage of gasoline due to the war, Kwolek was tasked with exploring new formulations to increase material strength as the company was looking for a material that could be used in tires.

Working in the lab one day, Kwolek produced a batch of liquid polymer that appeared cloudy and not very viscous. She later remarked that the polymer was cloudy, like the color of buttermilk, and unlike normal polymer formulations that were clear. For that reason it appeared to have not formulated properly. Normally, the bad mix would have just been tossed into the trash. But for whatever reason, Kwolek decided to nonetheless run some tests of this strangely colored solution on a spinneret machine.

However, the technician operating the test machine, had a strong hunch that this opaque concoction would very likely clog the machine, resulting in a major cleanup mess. So initially he argued against doing the tests. But Kwoler persisted and the tests were run.

The test results were stunning. The material has dramatically increased tensile strength. The potential for this material was immediately apparent to Kwoler and to DuPont management. DuPont promptly assigned a team to explore applications. And Kwoler continued her experimenting, and went on to discover that the material could be made even stronger by subjecting it to additional heat treatment.

In fact, this material was 5X stronger than steel.

DuPont named the new material Kevlar. And Kevlar has made DuPont billions of dollars.

And, Stephanie Kwoler was recognized as a pioneering innovator and received several awards and honors.

Here are some lessons from this innovative wizard.

Stephanie Kwoler fully intended to work at DuPont for a couple years, earn some money and then attend medical school. But she found herself on a path that aligned with her evolving interests and where she could contribute.

We’re all building on our past experiences. Which is why it’s vital that we continue gathering and learning from a variety of experiences. In his commencement address to Stanford University graduates, Steve Jobs famously said, “You can’t connect the dots looking forward; you can only connect them looking backwards. So you have to trust that the dots will somehow connect in your future.”

We might think it shortsighted that the technician didn’t want to test the new cloudy material because it looked like it’d clog the machine. But the reality is, that’s human nature. We might have been inclined the same way. How often are we unconsciously predisposed to resist doing new work that ostensibly appears to be without opportunity? Or worse yet, would also require us to do a major cleanup.

Stephanie Kwoler didn’t intentionally formulate the batch of polymers that became Kevlar. She was simply trying various formulations and producing material outside the typical temperature range. The initial result looked like a failed formulation. It was Kwoler’s willingness to try some things that previously had not been done that led to the discovery.

“All sorts of things can happen when you’re open to new ideas and playing around with things.” – Stephanie Kwolek

Once the discovery was made, DuPont wasted no time in getting other people involved to with Kevlar. It was this dramatic increase in resources that allowed the rapid exploitation and application of Kevlar into a wide-range of industries and products.

Release It To The World

Making the raw material available to any company, allowed for the real-world applications to increase geometrically. It’s why Kevlar is used applications from fiver optic cables to Reebok Crossfit® clothing to a key shielding component of the manned modules for the International Space Station.

“I guess that’s just the life of an inventor: what people do with your ideas takes you totally by surprise.” – Stephanie Kwolek

How many applications are there for a material that’s 5X the strength of steel? More than anyone one person could determine. Release it to the world.

Like her mother and father instilled in her an interest in design and nature as a child, Stephanie Kwolek had a passion for inspiring and educating children as to the wonders of science. She frequently spoke to middle schoolers about her work.

A senior historian at the Smithsonian Lemelson Center for the Study of Invention and Innovation, said of Kwolek, “She was a wonderful person and an inspiration to many, especially young women interested in science and invention.”

“Even in my neighborhood, the kids come to me for interviews for their term papers. I ask them later what grades they got, and they’re always A-pluses.” – Stephanie Kwolek

Of course, there’s no guarantee you’ll “make magic” in your work. But that’s a good goal.

“I tell young people to reach for the stars. And I can’t think of a greater high than you could possibly get than by inventing something.” – Stephanie Kwolek

There’s magic all around us waiting to be discovered. We just need to be courageous in our attempt to uncover it, and then to develop it.

Go pull a rabbit out of a hat.