Survival Lessons From The First Fish in Space 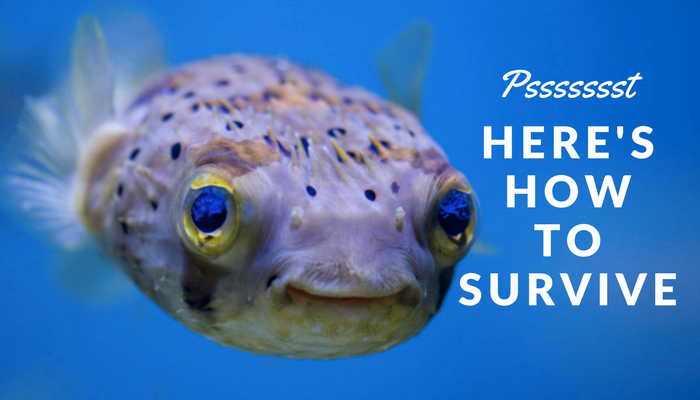 I’m not above taking advice from a fish. Especially the first fish in space.

The questions scientists and NASA wanted to know was – “How would a fish swim in a completely new environment of zero gravity? How would a fish (or a school of fish) orient itself?”

If you think about it, it’s a great question! There is no “up” or “down” in zero gravity. In fact, if you’re swimming (literally) while in space, there’s not even a “sideways” or “crooked.” There’s no gravity for the fish to orient itself.

So NASA took live fish up to space and let them swim around in zero gravity. What they found out was really interesting.

There were two main lessons I caught from this study. So, thank you NASA and scientists, and my apology to the fish for using the word caught.

I think the surprising findings will help guide my future!

Aside from being an interesting question to any curious person, it got me thinking about applying the findings here on earth. Even with gravity, things can feel a bit disorienting in our careers and lives. Sometimes it seems the world is changing so fast, that the old “right-side-up” rules don’t quite apply.

A recent study by Oxford University said 47% of the current jobs will disappear in the next 25 years, largely due to robots, automation and artificial intelligence.

Historically technology displaced jobs, but those losses were offset by the creation of new jobs required to support the new technologies. Such was the case with the industrial revolution, when machines and factories resulted in the significant elimination of many craftsmen and craftswomen. Although a large percentage of those folks then retrained and went to work in those factories building, operating and repairing the machines.

But researchers say the coming revolution is different, as a large number of displaced jobs are not going to be replaced in other areas of employment.

As is always the case, there’s some disagreement among the economists and academics who study such things. Predicting the future is slippery business, and not as simple as shooting fish in a barrel. I couldn’t resist using two fish metaphors in one sentence. Take time to mullet over.

But, regardless of the specifics, there’s going to be major disruption and subsequent disorientation resulting from the accelerating impact of technologies including driverless vehicles, AI, automation, etc.

So, here are the two lessons from the fish when they experienced a new zero gravity environment in space.

When faced with a new (weightless) environment, the fish kept moving like they were swimming around in the bay down on earth. This of course is necessary, as the water moving through their gills provides them oxygen to live.

Maybe this isn’t too surprising. But on the other hand, maybe if we were in space we’d just float around, stare out the window, eat that freeze-dried ice cream and stop exercising. Hopefully, we’ll all keep moving when our environment changes.

“Intelligence is the ability to adapt to change.” – Stephen Hawking

2) Move Towards The Light

For the first few days in their new zero gravity environment, the fish swam in random directional ovals. There was no gravity pulling on them to indicate which way was up or which way was down, and without directional orientation, they swam in upside-down and sideways loops.

However, after a few days, the fish eventually settled on what was consistently their “up” and “down!”

And how did they do that?

Wherever the light originated, the fish assumed that to be “up.” After all, the sunlight is always shining from above when their on earth.

So, eventually the fish always kept their backs to the interior lighting within the space lab.

That makes sense. Even the fish learned to orient themselves to the light.

“Fear is the path to the dark side…fear leads to anger…anger leads to hate…hate leads to suffering.” -Yoda

So thank you to the fish for teaching me those two vital lessons on adapting to change. Keep moving and move towards the light.

You don’t have to be a brain sturgeon to keep their pioneering space flight in mind as we navigate the changing world here on earth.

If you think of a better fish pun… let minnow.

“No good fish goes anywhere without a porpoise.” -Lewis Carroll