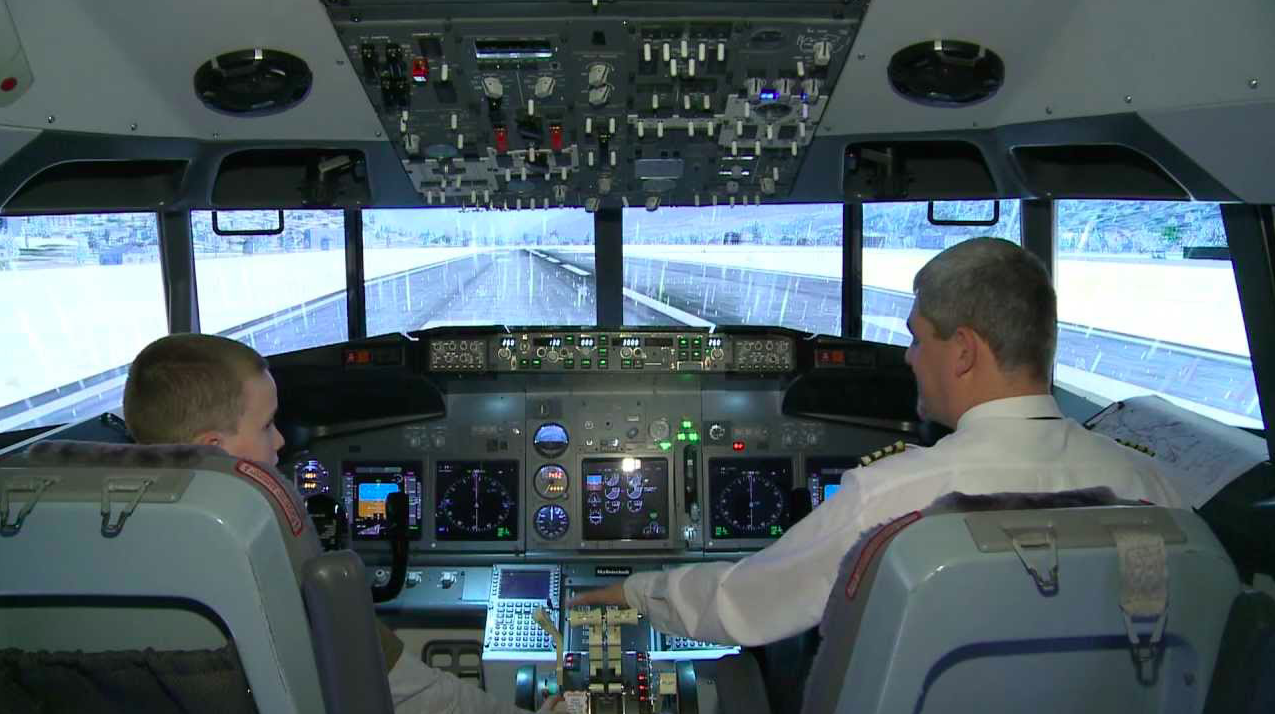 It’s a true story. A story that begins with the tragedies of multiple deaths caused mostly from a lack of experience. About this disastrous problem, then seeking help through something regarded as a total failure. And in the end, becoming a resounding success credited with fundamentally changing how training is conducted and helping win a world war.

And the story begins in one of the worst snowstorms to hit the Midwest.

It was February 1934. The Evening Independent newspaper from Massillon, Ohio ran the headline, “Worst Blizzard In Years Sweeps Northeastern Seaboard Region,” and noted, “Snow ranging from six inches to one foot in depth blanketed New York City as the east suffered its worst winter weather in years.”

But all the young Army Air Corps pilot knew while flying alone that day – was that he was trapped in a COMPLETE WHITEOUT. After the navigational radio failed in his cockpit, and with zero visibility, he unknowingly had flown 50 miles off course. With little options, he made the decision to bail out of his plane into the biting freezing wind. Immediately, his parachute became entangled on the plane he was trying to escape, and the young pilot was killed when his plane crashed outside a small Ohio town.

Later that same day, another Army Air Corps pilot was killed when he attempted a forced landing in Texas.

And the very next day there was another Army Air Corp crash – which resulted in yet another death.

And it didn’t end there. Within just a few weeks, there were more Army Air Corp plane crashes that resulted in the fatalities of 13 airmen.

The U.S. Army Air Corps had undertaken all these flights with the simple purpose of delivering the U.S. mail. The decision for the U.S. Army Air Corps to carry the mail, was made as a result of a congressional investigation wherein it was learned that the mail routes, previously flown by large airlines, had been awarded in a manner that prevented smaller carriers from competing. So President Franklin D. Roosevelt’s administration decided to have the U.S. Army Air Corps fly the mail until the contracts could be fairly assigned.

But, the U.S. Army Air Corps pilots were inexperienced with flying in inclement weather. In fact, their training did not provide the pilots with any means to accurately simulate the experience of flying in limited visibility, or with failed electronic navigational equipment, or in bad weather.

The result was the string of U.S. Army Air Corps crashes and deaths, that famous aviator Eddie Rickenbacker publically referred to as “legalized murder.”

The U.S. Army Air Corps needed to find an immediate and effective solution.

Edwin Link was a young inventor with a shy demeanor, who very much wanted to fly. And in 1920, Link put down what was then the very sizable sum of $50 for his first flying lesson. Here’s what happened.

His flight instructor spent the time flying the plane doing loops and rolls and dives. It was thrilling and nauseating. It was also very disappointing, as the pilot never let Edwin Link even touch the controls.

Even as a student, Link realized it was not a good way to teach someone how to fly. And it was a realization that stuck.

Link’s desire to fly remained, and over several years, he eventually got his pilots license.

Edwin Link was a technician in his father’s business – the “Link Piano & Organ Company.” He was also an avid tinkerer and inventor, and while working there, Link cobbled together some steel piping and wiring used to assemble the organs, and built the first airplane used for advertising. The plane utilized lights on the lower wing surfaces, and was capable of spelling out messages like “ENDICOTT-JOHNSON SHOES” to anyone looking up.

But his quest to improve HOW pilots learned to fly, remained with Link, and in the 1920s he fabricated a small cockpit and built controls that used pneumatics borrowed from his dad’s organ factory to simulate the experience of flying. It was about the size of a desk and looked like a toy plane with short little stubby appendages for wings. Organ bellows would inflate or deflate, and cause the “plane” to bank, climb or dive.

He called it the Link Trainer. When instruments began to be introduced, Link added them to his trainer so pilots could practice using that equipment. Surely he thought, the Link Trainer would transform the traditional (and expensive) way in which pilots were trained. He founded the Link Aeronautical Corporation and pitched his invention to countless flight schools all across the country.

In fact, his only customers were amusement parks which used the “Link Trainer” as a coin-operated carnival ride for kids.

Given the U.S. Army Air Corps plane crashes and airmen deaths during the spring of 1934 when delivering mail, the brass needed to find a solution to their pilot’s inexperience. Someone in the Air Corps had heard about the Link Trainer, and Edwin Link was asked to fly from his home in Cortland, New York, and provide a demonstration at the Newark airport where the officials waited.

Only there was a problem. There was a rainstorm the day the Air Corps commanders requested Link fly to Newark. Looking out into the thick fog at the airport, the officers made the decision to leave since certainly nobody would be flying that day with zero visibility.

As they were departing, and with their backs to the runway, they heard the faint whine of an engine. Turning around, they watched Edwin Link emerge from the clouds just feet above the ground and touch down on the runway.

After demonstrating the Link Trainer, the generals immediately ordered six units and the equipment was promptly put to use training Air Corps pilots.

Five years later, WWII began. And in the following years, to meet the demands of training thousands of young pilots, over 10,000 Link Trainers were purchased. These trainers were credited with training more than half a million airmen.

Edwin Link remained an innovator and inventor all his life. In addition to his pioneering contributions with flight simulators, Link was an avid marine scientist and ocean engineer, and went on to also pioneer submersibles and undersea habitats.

Unlike Edwin Link’s first flying lesson where his instructor never let Link touch the controls, Link taught by immediately putting the controls in the hands of the students. And did so in a safe place (on the ground in a flight simulator) which allowed for repeated trial and error

What’s more, Link didn’t just teach people to fly. Link taught the world HOW TO LEARN… how to fly.